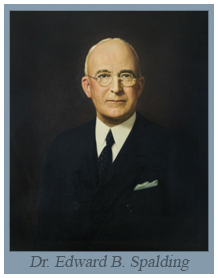 The American Board of Periodontology was formally organized on July 14, 1939. In 1949, the House of Delegates of the ADA recognized the American Board of Periodontology as the official specialty board for the certification of periodontists. Only one other board was recognized earlier, the board for oral surgery. In February 1953, the Board decided to implement a practical examination for those candidates whose case reports were accepted and who had passed the written exam.  Dr. Harold J. Leonard, secretary of the board at the time, explained in the Journal of Periodontology, “It has ...become apparent to the Board that the eight case reports plus the written examination and the oral interview and examination before the Board are not enough to screen out those who are mentally agile but manually and technically unfit...”

The first written examination was scheduled for October 22, 1968, at the Diplomat Hotel in Hollywood, Florida, and 58 candidates were examined. The ABP had high hopes for growth in the early 1970’s anticipating that the number of certified Diplomates would double by 1972. As the American Board of Periodontology approached the anniversary of its first 50 years in 1989, and moved toward the 21st Century, it became increasingly apparent that increasing the numbers of certified periodontists needed to be intensified and yet, while desired, success in those efforts would stretch the Board’s resources—human and financial.

In the early 2000’s, the Board instituted several major changes and innovations. An effort was instituted to encourage Board Certification, primarily through making the examination process more accessible to candidates. The Qualifying Examination was moved from a one location classroom setting to the exam being administered at regional testing centers. The methodology of administering the oral examination was changed by eliminating cases submitted by candidates to examining with protocols developed by the Board. Recertification also underwent major changes by extending the recertification period from three to six years and by initiating the Self-Study Recertification Program (SSRP). Jerry Bowers retired as Executive Director (ED) with Kent Palcanis being named ED in 2008. After a decade of service, Dr. Palcanis retired as ED in 2018.

In 2019 the Board restructured the organization creating an Executive Director and a separate Director of Examinations position.  To bring the Board in alignment with other specialty boards, the Director’s voted in 2021 to change the leadership structure, eliminating the Chair and Vice-Chair positions.  Today the ABP leadership is represented by a President, Vice-President, and Secretary/Treasurer.

For a more detailed review of the history of the American Board of Periodontology, please download our historical report.